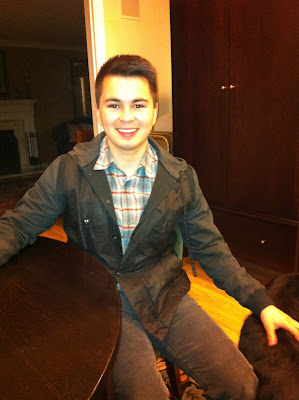 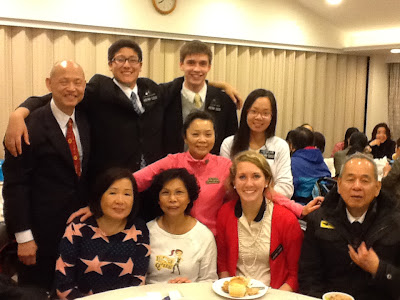 This is me and Elder Moreno with Sister Cheung and Sister Hintze, A pair of couple missionaries, and the Taai family (far right and in the middle with the pink). He was a former temple president here in Hong Kong.

Elder Ward is currently based in the Tolo Harbour area, much closer to mainland China than any of his other areas. He is serving as zone leader and is training Elder Moreno, who is from Puerto Rico. According to his last several letters he is incredibly busy and incredibly tired and incredibly happy!

He will return to SLC on Friday April 6 at 9 pm (Delta #2332). His homecoming is set for Sunday April 15 at 9am in the Grandview Third Ward, 2930 South 20th East, with a light breakfast at the house following sacrament meeting. We would love to have you welcome him home.

Posted by The Battle at 7:48 PM No comments: